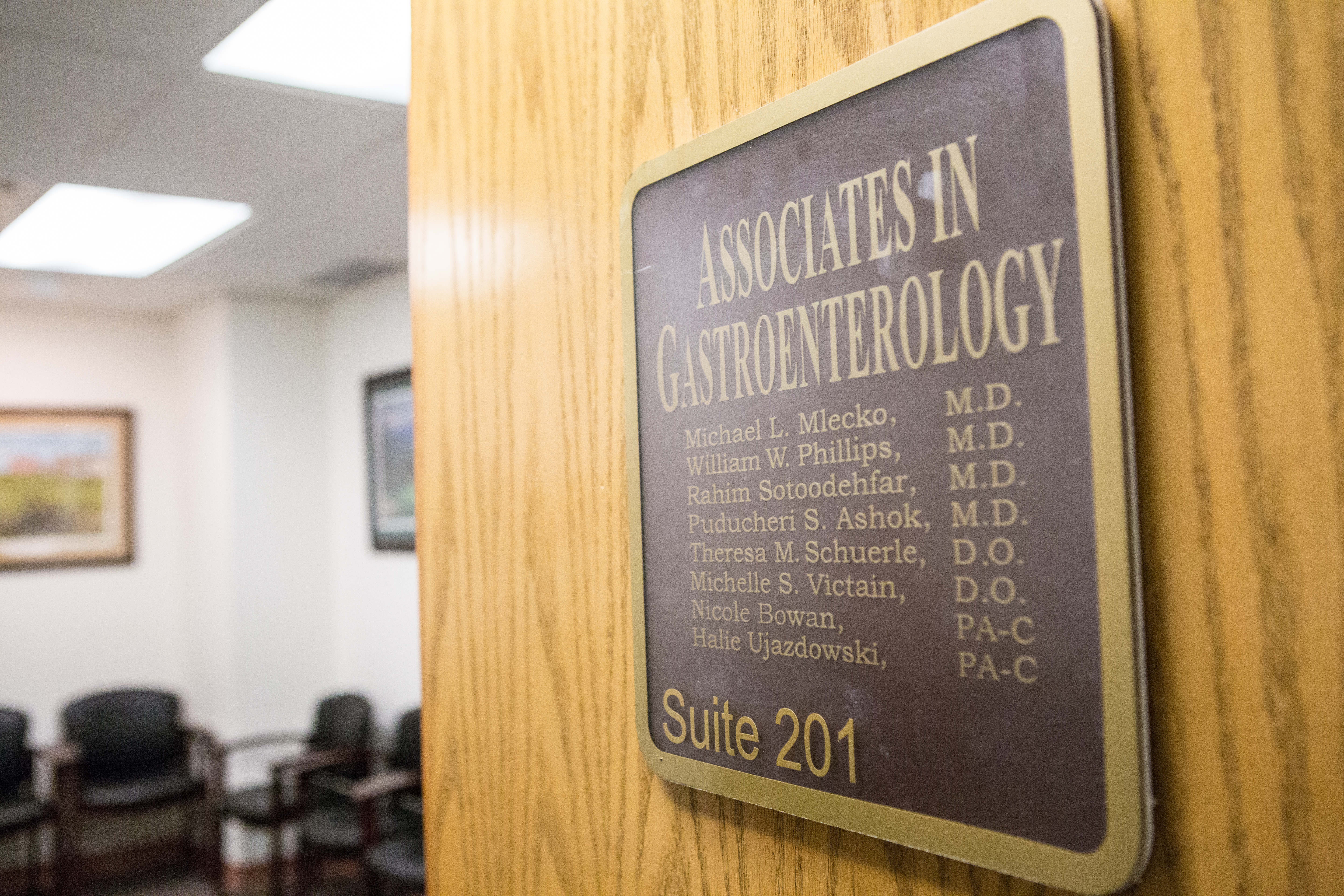 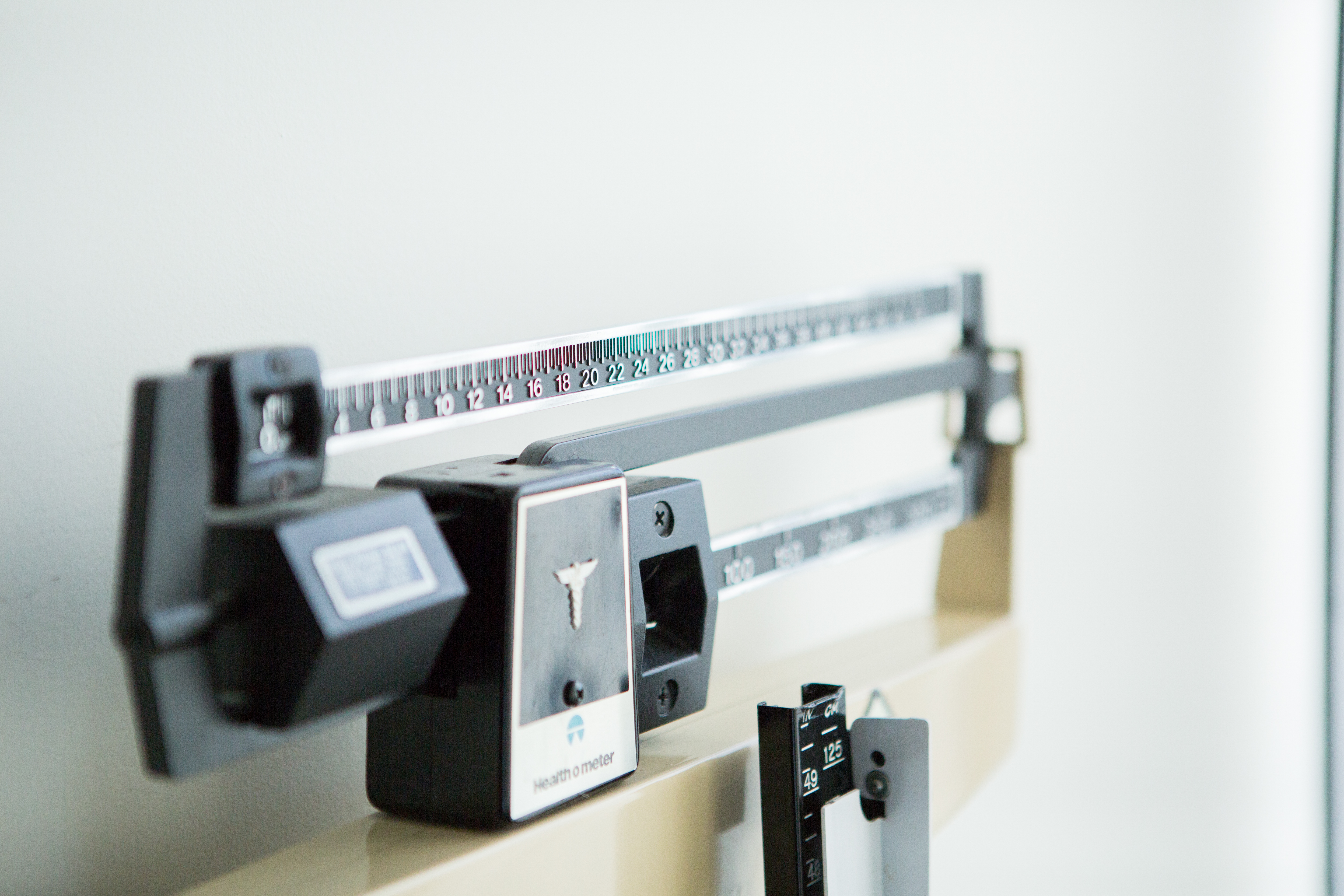 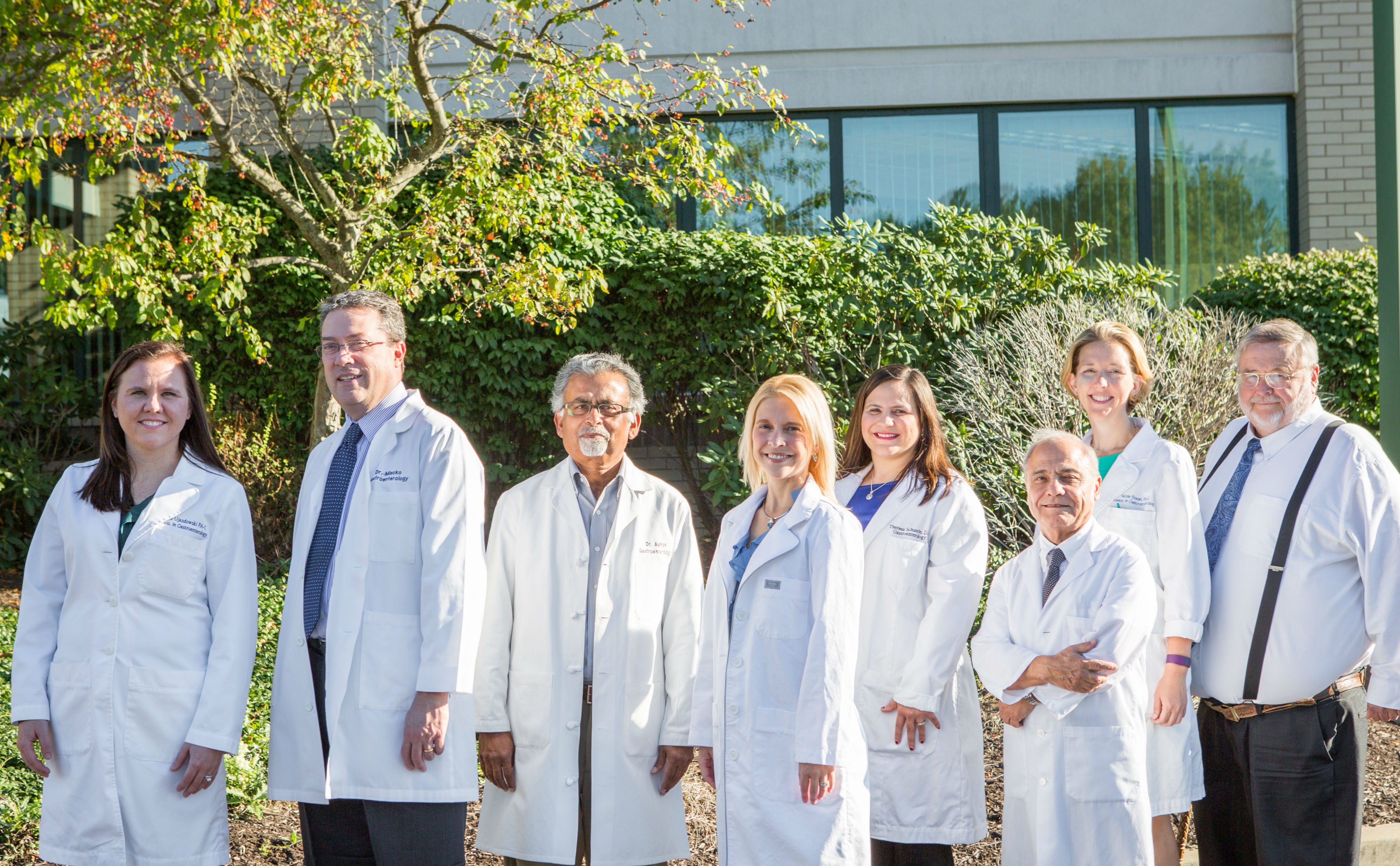 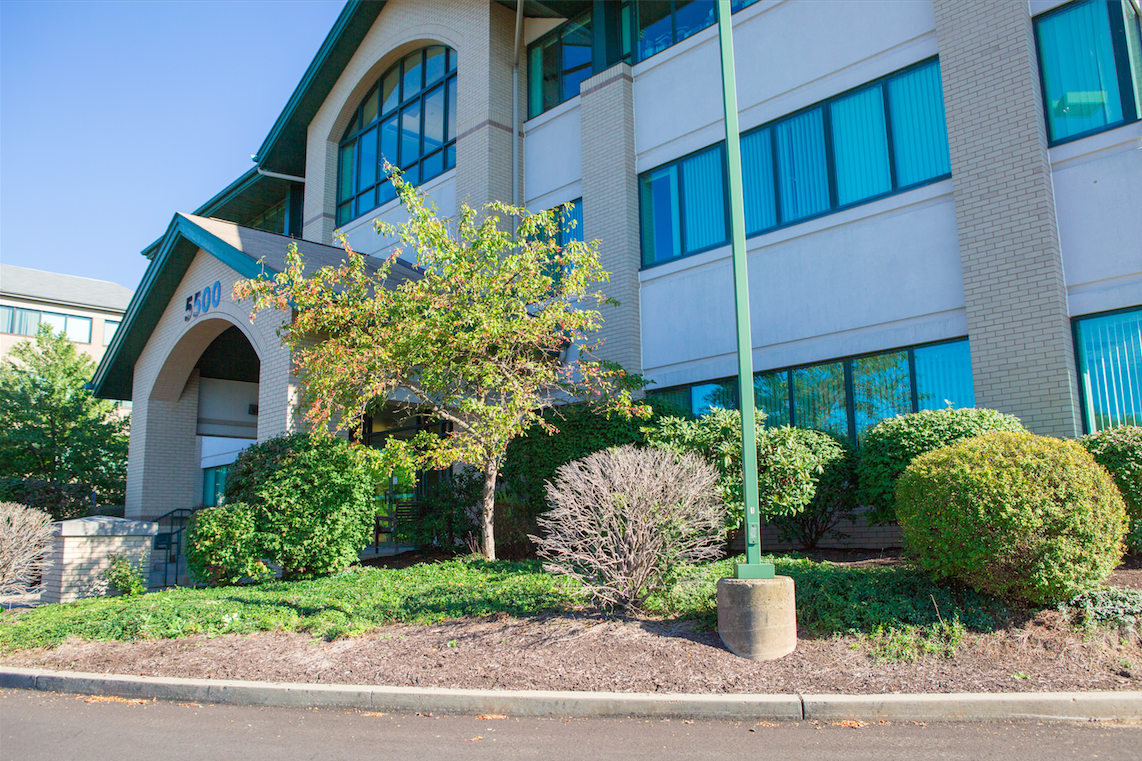 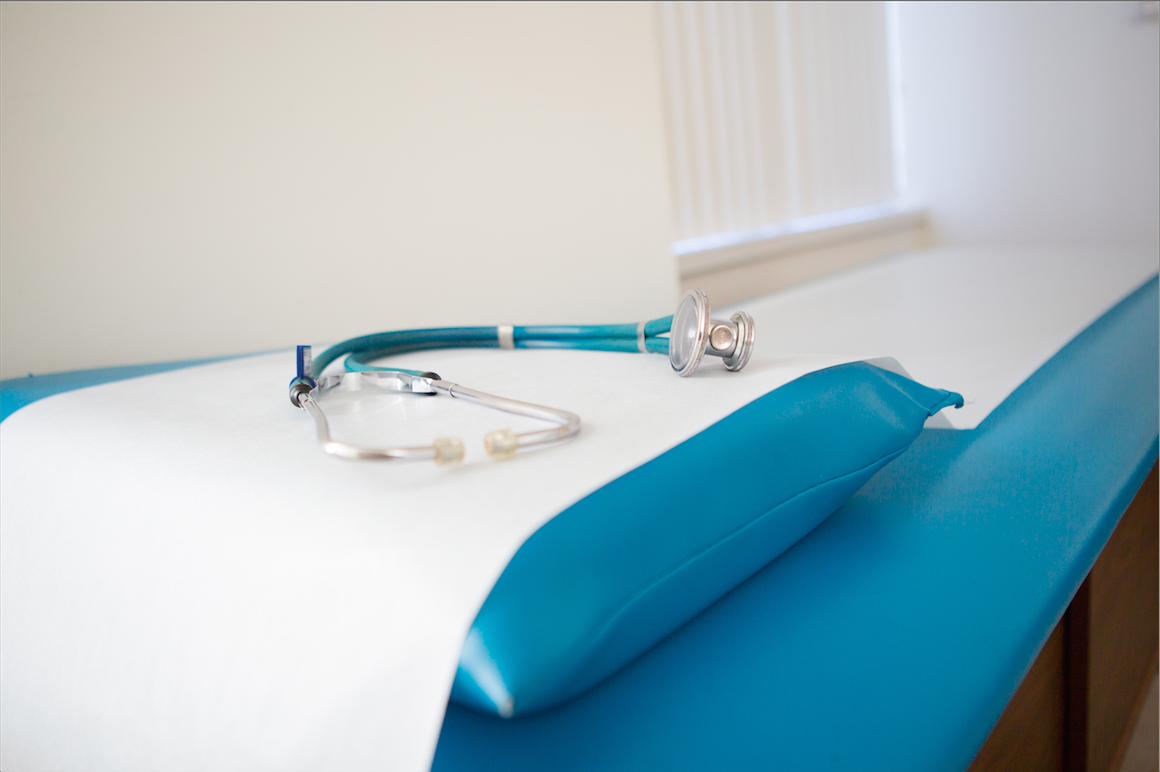 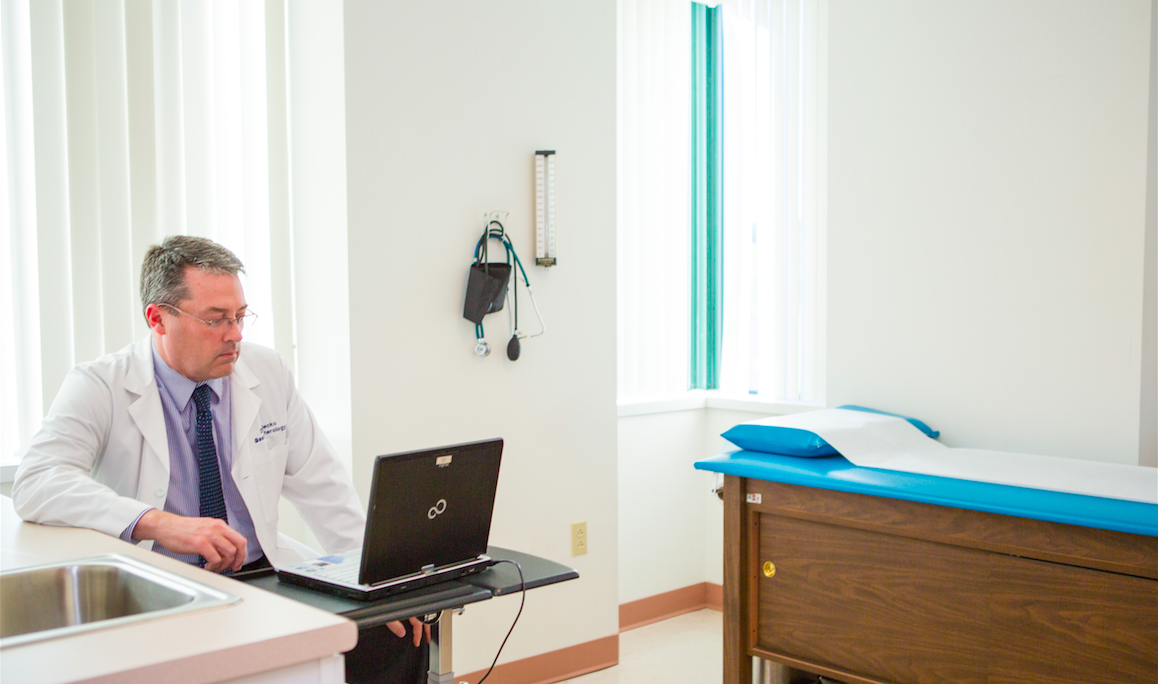 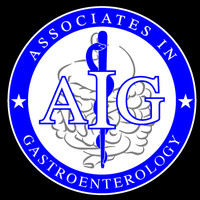 Colonoscopy is a procedure designed to examine the lining of your colon (large intestine). It is performed with a flexible endoscope which travels around thelength of your colon (about 4 feet). Beforehand, a preparation is used to clean out your colon of stool. Please refer to prep section. A clear liquid diet is to be followed the day before your colonoscopy to assist in the prepping of your colon.

Flexible sigmoidoscopy is a procedure designed to examine the lining of the left side of your colon similar to a colonoscopy. A prep is required but is milder than the colonoscopy prep.

During all procedures biopsies, polyp removal, and dilations can be done. Side effects of all procedures include bleeding, infection, and perforation (a tear in the intestinal lining) which could require surgery. All of these occur infrequently (less than 1/1000).

All procedures are accomplished with flexible endoscopes and usually occur with the patient sedated.

Sedation can occur in 1 of 2 ways:

After receiving either type of sedation, a person may not drive that day. They require a driver to drive home from the procedure. A person should have no ill effects from sedation the next day and should be able to return to work the next day.

Side effects of sedations includes decreases in cardio pulmonary function. Patients are constantly monitored to the effects of the sedation during the procedures.

ERCP (Endoscopic Retrograde Cholangiopancreaticography) is a specialized endoscopic procedure used to indirectly examine the bile ducts and pancreatic ducts. It is used with fluoroscopy (X-ray) and contract dye. It is similar to an EGD but the camera is on the side of the endoscope so the ampulla (where the bile duct and pancreas enter the intestine) can be better seen. Then a catheter is placed into the appropriate duct and contrast is injected. This image is then visualized with x-ray. In our practice, it is mainly used to remove stones from the bile duct and to relieve obstructions of the bile duct. In addition to the normal side effects, there is a 5% chance of getting pancreatitis during an ERCP. Often an overnight stay is required when an ERCP is done as an outpatient.

EUS (Endoscopic Ultrasonography) is a specialized endoscopic procedure that, in addition to having a camera at the tip of the endoscope, has an ultrasound probe at the tip. This allows the ultrasound probe to be placed closer to an area that is being examined. This allows for very fine delineation of any area that is being examined. Two types of probes are available, a linear probe which allows for biopsies and a radial probe which does not. In our practice, EUS is used to biopsy masses and to stage cancers prior to any surgery or chemotherapy. It is especially helpful in esophageal, pancreatic and rectal tumor staging.

Ballon Enteroscopy is a specialized endoscopic procedure is which the endoscope is advanced as far as possible into the small bowel with the help of a balloon overtube on the endoscope. The overtube is used to telescope the bowel back onto the endoscope and to hold it in place as the endoscope is advanced further into the small bowel. This can be accomplished in either an antegrade (through the mouth) or retrograde (through the colon) fashion depending on where the lesion is that we are attempting to find. This procedure often follows a capsule endoscopy which is described below.

Capsule Endoscopy is an office based procedure in which a person swallows a capsule which takes 2 pictures every second as it travels down the intestine. These pictures are passed by radio waves to a receiver that is worn around your waist. It is then downloaded onto the computer and viewed. It only allows visualization of a small bowel. This procedure will take 7 hours. A patient’s activities are unrestricted during the 7 hours.

Ultroid procedure is an office based non-sedated procedure to cauterize internal hemorrhoids. This is done with a probe through the anus. The tip of the hemorrhoid is cauterized which reduces the blood flow into it which in turn reduces the size and problems from it. This does not remove the hemorrhoids. The typical patient only feels pressure in the rectum but no pain. The patient can drive him/herself home from the procedure and can work that day.

Bravo procedure is a specialized procedure where a probe is placed 6cm above the junction of the esophagus and stomach. It then measures any acid coming into the esophagus for the next 48 hrs. This is accomplished during an EGD. The probe will fall off and then pass through the intestine and pass with stool.

Esophageal manometry is a procedure where a thin catheter is placed through the nose and down into the stomach and then pulled out of the esophagus. It measures the muscular contractions of the esophagus and the lower esophageal sphinter (LES). This is done with the patient unsedated as it requires multiple sips of water to engage the contractions. This is used to see if any motility problem exists in the esophagus.